There are two ways to recover your legal fees when you collect a debt. Learn what happens when you record a lien, why you should timely send your Notice to Owner, and what to do if you have a construction bond.

The focus of this webinar is on how recover your legal fees when you collect a debt, what happens when you sue on a written contract and when you record a lien, what to do if you have a construction bond, and you will also be able to have a look at a sample contract provision.

This blog was taken from a webinar presented by SunRay Construction Solutions and Alex Barthet. Alex is a board-certified construction lawyer serving clients in Florida. We will address how to recover your legal fees when you have to sue someone to collect a debt, as well as what to do if someone sues you for maybe claiming that you breached the contract.

These are what the takeaways will be from this webinar blog:

In Florida there are effectively only two ways to recover your legal fees in a case: ‍

1. Sue on a written contract that provides for the winner to recover their legal fees

2. Sue for violating a specific Florida Statute allowing for the prevailing party to recover legal fees

The second way is if you sue someone because they violated a specific law in the statute on the books in the state of Florida. And that law says that the winner can recover their legal fees from the non-prevailing party.

There are some other ways to recover your legal fees in the course of litigation that can allow one party to recover legal fees from another. But primarily speaking, these are the ways that legal fees are recoverable in the state of Florida.

1. Sue on a written contract that provides for the winner to recover their legal fees

Let us look a little deeper at what it means to recover fees because you have a written contract. There are several key components to this way of recovering legal fees.

“The prevailing party in any action to enforce this agreement shall be entitled to recover its costs, expenses and legal and paralegal fees from the non-prevailing party related to the collection, suit, or other legal action, including arbitration and appeal.”

Sometimes these provisions are shorter and sometimes they are longer. But they effectively say that the winner gets their fees from the loser. Now again, this has to be in writing. So, if you go to someone’s business and sell them something, or someone hires you to do some construction work or buys materials from you, and you have a handshake deal, you have no written agreement at all. Then if you want to sue the other party because they did not pay you, you will not recover your legal fees even if you win.

So, some nuances to this issue are what if you do not have a written agreement at the time you discuss the contract but when the other party sends the invoice it says that the winner has to pay their fees? It is much harder to prove that there was an agreement on fees if you just have it in your invoices.

By far, the best way to have a right to recover legal fees from a contract is (i) that it is in writing and (ii) that is signed and includes this provision. So, keep that in mind when you are reviewing your contracts.

2. Sue for violating a specific Florida Statute allowing for the prevailing party to recover legal fees

This statute is the lien statute that deals with the recovery of legal fees. So, as you likely know, if you record a lien on a piece of property or make a claim on a bond because the contractor has issued a payment bond, you have certain rights. And one of those rights is that you are entitled to recover your legal fees if you prevail.

“In any action brought to enforce a lien or to enforce a claim against a bond under this part, the prevailing party is entitled to recover a reasonable fee for the services of her or his attorney for trial and appeal or for arbitration, in an amount to be determined by the court, which fee must be taxed as part of the prevailing party’s costs, as allowed in equitable action.”

So, if you record a lien on a piece of property and you win, one of the things that the judge may award to you is not only the amount that they determine is due under your agreement for the improvements you performed, but also the legal fees you incurred to prevail on the construction lien.

This all sounds very simple but there are some things to keep in mind:

1. Most cases settle before trial (everyone eats their own fees, usually)

At any given time, there are multiple cases on and almost all of them settle prior to the actual trial date, prior to the judge issuing an order that someone wins, and someone loses. In those situations, a negotiated settlement usually includes some negotiation with respect to the recovery of legal fees. Everyone has spent legal fees up to that point and as part of the compromise, people are usually also negotiating the right to recover legal fees.

So, using SunRay, to send out the notice and the lien increases the likelihood that you are going to recover your legal fees. Because unless there was an issue with something like a delivery, like maybe you delivered the wrong materials, maybe there were counter pickups so you cannot show that they were incorporated. But assuming all those pieces work out, you have a pretty good right to recover fees. And in most cases, all of the fees are recovered due to the supply house because the owner has very little right to get out of it.

However, if there is a contested matter, maybe between a plumber and the contractor, at the end of the day, those cases usually get settled and fees are usually compromised. This is done to make the case go away and to reduce the risk of an adverse outcome at trial.

‍2. A party may prevail on some theories, but not others

A party may prevail on some theories, but not others. As a result of this, we come to the third point.

3. The court will decide which party is the prevailing party on the “significant issue” of the case

The party that prevails on the significant issues, if there is a right to recover legal fees, will be the prevailing party.

More than a decade ago, the rule on the construction lien was if you want $1 on your lien, you would get your legal fees. That rule has changed over time and as a result, you have to prevail on the significant issues in the case. And the person that determines what those significant issues are and who prevailed on them is the judge. So, we are seeing more and more courts and judges not necessarily award the prevailing party all of his or her fees all the time. So, keep that in mind.

We will now talk about some best practices

1. Recognize that your ability to recover fees may drive the decisions in the case, or if to file at all

For example, a cabinet maker and installer who typically do much bigger work, but also do some work for homeowners, installed a $30,000 kitchen. The homeowner paid in installments on their credit card and once the work was done, for the last installment, they put a charge back on their card for $5,000. So, the credit card company took the money back from the cabinet installer and now the cabinet installer is owed $5,000. That is not an insignificant amount of money, but unfortunately if the cabinet installer does not have a construction lien on the property and does not have a written agreement that says the winner gets their legal fees, he will not get his money.

So as a result, if they hired someone or proceeded with a legal case, they may recover their $5,000 but they may spend that much or even as much as $10,000 to get there. As a result, they would be worse off not better off. So, the advice here unfortunately, aside from maybe sending a demand letter to get their attention, is that actually filing a lawsuit will be less productive. So, do not forget to include a fee provision in your contract. If you are talking to an attorney, make sure that you understand if you are proceeding with a case or defending a case, what exactly the ability to recover legal fees is.

2. When reviewing your contracts, include a provision so that the prevailing party may recover legal fees

Always include a provision that the prevailing party is entitled to recover legal fees. If the situation were to occur and you know that if you have to hire a lawyer you can recover your legal fees.

Filing Suit to Perfect the Lien in Tennessee - Webinar

Don't Sign A Release Unless It Says This One Thing. Seriously, Don't Do It! - Webinar

I Am Owed a Few Thousand Dollars. Is It Worth Hiring a Lawyer? - Webinar 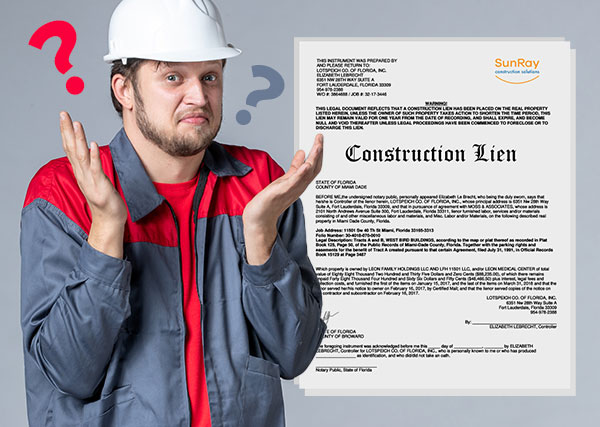 Webinar | SunRay Construction Solutions
What Happens After I Record My Lien? How Do I Get Paid? - Webinar

Part two on Arizona lien laws. Learn what pre-lien and post-lien documents you need to file, how to preserve lien rights, as well as how to file a lawsuit. 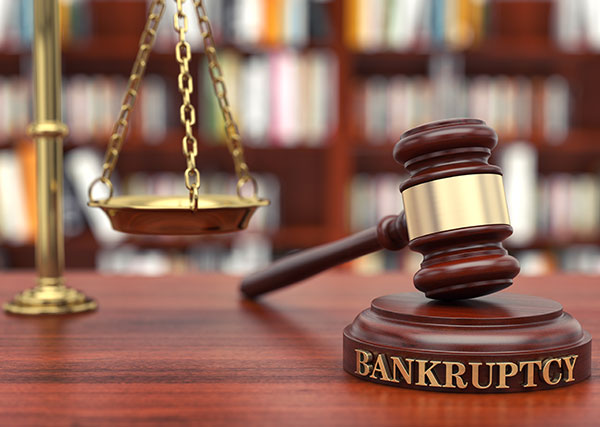 Financial issues and financial difficulties impacting your business, reorganization vs liquidation, and real estate reorganizations due to bankruptcy. 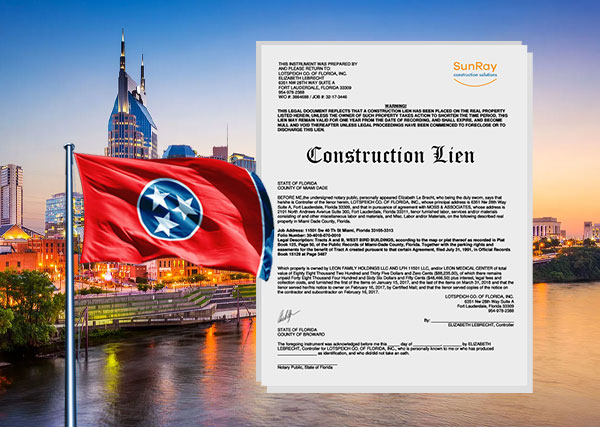 Claim on Bond
Bonding a Lien in Tennessee - Webinar

Why you should bond a lien, how to bond a lien, bonding a lien with a lien bond and using a payment bond, and perfecting the lien after a bond. 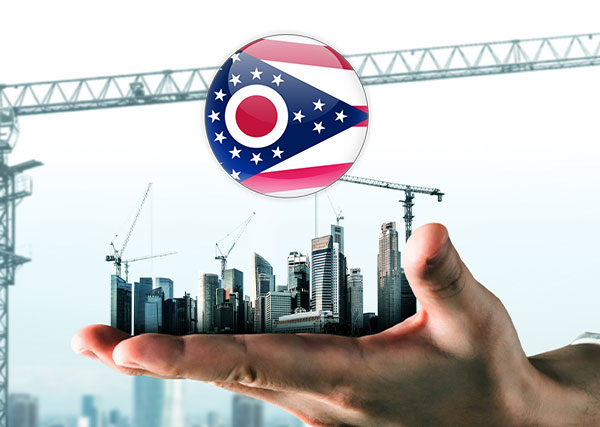