This blog is taken from a webinar that was presented by SunRay Construction Solutions and features William L Porter, the Founder and President of the Porter Law Group. He chaired the committee of attorneys who rewrote all the laws that govern lien laws in California. The focus of this webinar is on the main release forms used in California constructions. The following points will also be discussed: The following points will also be discussed:

More specifically there are four types of release forms that are used in construction in California. And these forms are going to depend on the circumstances. The four forms are as follows:

Then two are for progress payments and two are for final payments. We will go through all four of them.

a. The four forms are described in California Civil Codes 8132-8138

Specifically, if you want more information on the forms you can go to California Civil Code sections 8132 to 8138. What you should know about those statutes and if you read them, you will see that the law in California is very specific on what you have to have in these releases. They have to say these things, or they are not valid.

There are a lot of contractors and subcontractors as well who will use forms that don't comply with these code sections. And in the view of attorneys, they are not enforceable. That is not to their benefit, and it is not to yours either because it causes problems. What should happen is that everyone should use the forms as they are drafted and as they are used.

There are a lot of contractors and owners who will send out a promise payment or even a check to people and they will request that they sign an unconditional release. That is foolish because the check could bounce, and it is not the legal way that things are done.

b. Do not sign an unconditional release in exchange for a check

Now that is not the proper way to do things but those companies honor what they say that they are doing to do. But it is not the legal way for things to be done. So you have to be cautious when you are doing it person to person and office to office, and not using one of those programs. The main rule is not to accept or do not go along with someone’s request or demand to you.

Each of the statutes that you will see contains this language. It will say:

What this basically means, and if you read the statute, you will see that you must have this language in there and on the unconditional releases, you have to have the Notice to Claimant in a regular-sized type. For all of these, it should not be in any kind of form where anything is hidden or has added language in there with other types of release language that does not belong in the form.

So just make sure the four forms that you are given follow the law or else you are going to have to say you were given this form, this form is illegal in California, and that you will be happy to use your own legal form. These forms are also available in the SunRay application. You can do all of this online.

Finally, you can look up the statutes that contain the language by going to www.ledgeinfo.legislature.ca.gov. You can always also Google California statutes and eventually you will get to the page where you can see these statutes. But the one you want to look up is Civil Code Sections 8132-8138.

Do not confuse this with the Code of Civil Procedure.

The first type of form we are going to look through is if a progress payment is only promised or has not yet cleared the bank.

a. If a progress payment is only promised or has not yet cleared the bank

This is going to be a conditional waiver and release on progress payment. That is the one that you would give in exchange for a check or a promise of a check. Then after the check clears, you would give the Unconditional Waiver and Release on Progress Payment.

b. If a progress payment has been paid in full (and the check has cleared the bank)

The next type of form is if a proper progress payment has been paid in full, and the check has cleared the bank. When this happens, you are going to use an Unconditional Waiver and Release on Progress Payment. And the code section is § 8134.

c. If final payment has only been promised or has not yet cleared the bank

The Conditional Waiver and Release on Final Payment can be found in Civil Code §8136.

d. If a lien claimant has been paid in full (and the check has cleared the bank)

The final form and the granddaddy of all forms is if you have been paid in full and check has cleared the bank. Then you are going to want to use an Unconditional Waiver and Release on Final Payment.

You should note when the forms are viewed below that even with this form, you can accept certain things if you have disputes and they do not want to pay you. You can get paid and release everything else while leaving some issue unresolved.

This form is generally a one-page form.

a. Conditional Waiver and Release on Progress Payment

But note that it does not destroy your contract claim so you can still make a claim for Breach of Contract if you have to sue because someone has not paid you and it is a Breach of Contract. This would be evidence that you think something is released. But if you show that you have messed up while filling out this form or deceived into using a form then you are still going to be able to sue on your contract rights.

There are also some important issues here and there is this issue with the through date. So you fill this out and you are the claimant, you name the customer, the job location, and who the property owner is.

This through date is going to be very important because you are going to give up your lien, stop payment rights, and payment bond rights for all the work you did – all the materials that you furnished to that date.

Sometimes you have to push the date beyond the actual date that this is sent out because they want it to the end of the month and then you will have to estimate a little bit, but that seems to be okay in the construction industry.

You want to be sure that you know you are going to give up all your claims for all the work and all the materials that you supplied to the project through the through date for that amount of the check. You do not have to worry about things like retention, who it is payable to, etc.

The document does not affect any of the following as noted – retentions and extras here for which the claim has not received payment. That is vague but it gives you an out if other issues come up, which you can deem to be extras.

The end result is technically you wrote $50,000 but this release will be for $25,000. Then under number three down in the release, you are going to write that on such and such date, you sent one of these in for another $25,000. So if you consider the amount that you are going to put in the amount of the check, plus this.

That would be $25,000 and then you are covered on the $50,000. Then as noted, it does not cover contract rights. You can still recover on contract, then you sign it, send it in, and you do not have to have it notarized. Some companies like to have it notarized but it is not required by California law.

It is recommended that if the other side insists, you should go along with it because after all, you are just stating that it is true, and you would put everything true in there anyway.

That is the first release.

b. Unconditional Waiver and Release on Progress Payment

The next release is pretty much the same, except for some of the language. This is filled out like the forms above, and you have an exception down at the end. That is where you get into the disputed claims in the amount of ‘$_____.’

You would mention the change order number in the amount of so and so amount, that way you release everything on final payment except for this disputed issue, and then you can resolve it later. You may have an arbitration clause or your contract clause. You just work it out but ultimately you have not released it.

If you get to that point, it is generally 30, 60, or 90 days after a project is completed, depending on the situation.

Finally, is the Unconditional Waiver and Release on Final Payment. This is when you have been paid everything on the project and as you can see, it does not release any disputed claims. You could still have a disputed claim that is not released.

This is the final document, and it means that you have been paid in full, the check has cleared, and all that remains is this issue yet to be resolved.

A release that releases an actual recorded mechanic’s lien and it is a document that you would record, or SunRay would record for you in the county recorder saying that you have fully or partially released your mechanic’s lien. So that is a different form.

You also have releases in settlement agreements. Those are different also, and they involve Civil Code §1642. They are different types of releases.

A Contractors, Subcontractor’s & Supplier's Step by Step Guide to Getting Paid - Webinar

How to Do a Release of Lien? Common Mistakes - Webinar 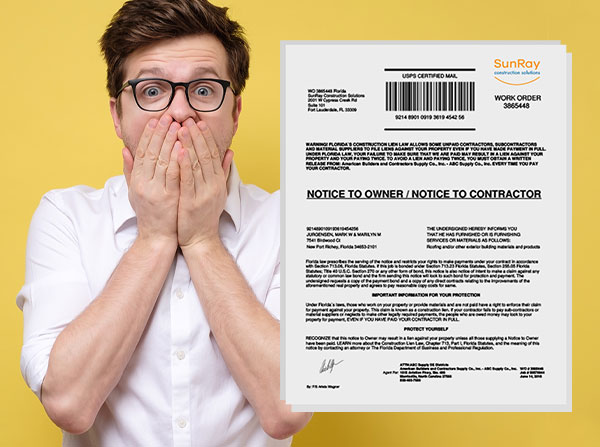 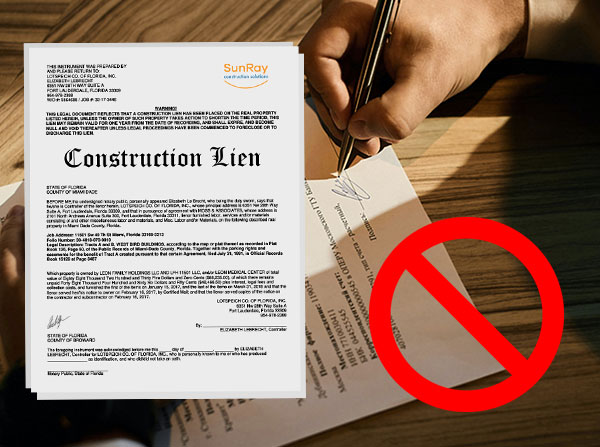 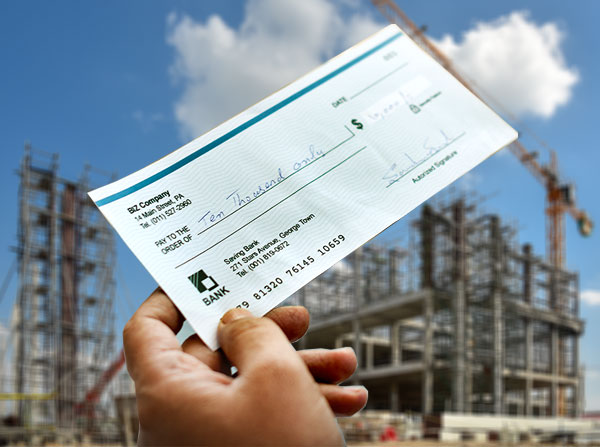 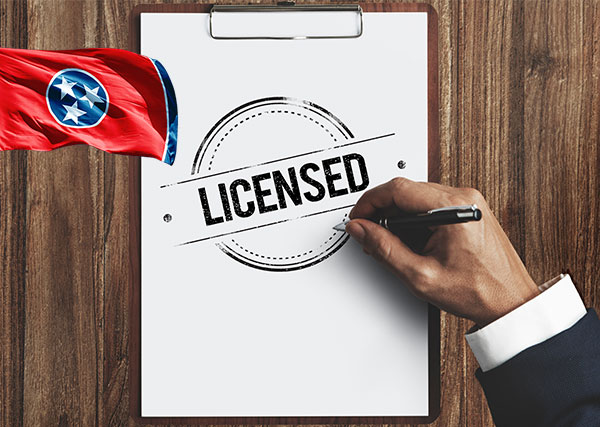